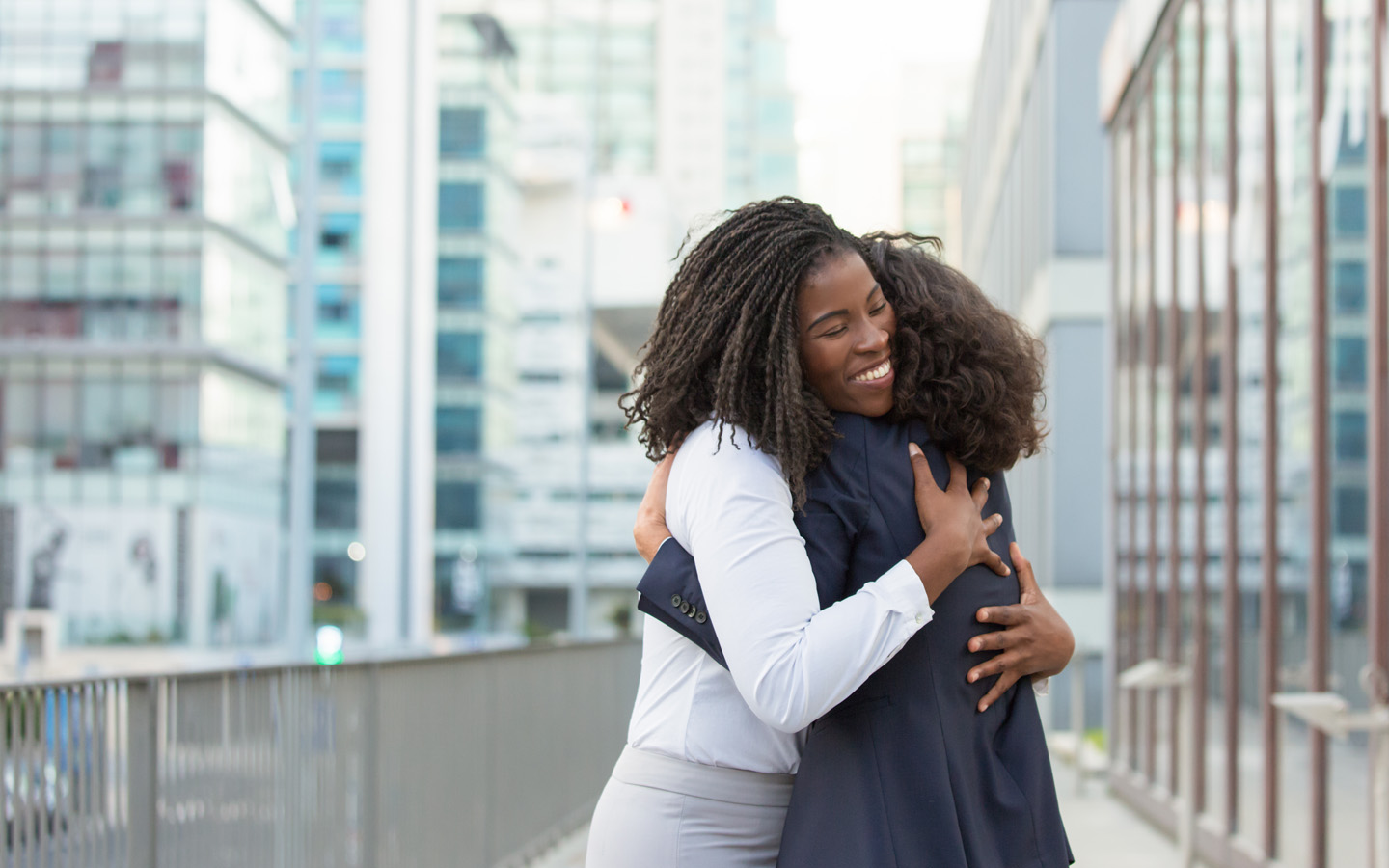 In this article, I describe the mediation of a human rights dispute alleging abusive work conditions and labor practices in a global supply chain. This situation involved several commercial disputes between purchasers, contractors, sub-contractors, and workers from the “informal economy.” The workers’ labor had been purchased without the use of normal employment instruments and access to formal grievance mechanisms. The request for assistance with mediation came from several parties, mainly large transnational law firms and international NGOs. In a series of exploratory conversations, it became clear an international mediator was needed to facilitate, untangle, and try to resolve an international conflict between numerous parties (corporate actors, national and international NGOs, workers, and rightsholders). Please note I have adapted some facts of the dispute and modified others to preserve the confidentiality of the various parties.

The conflict primarily revolved around allegations by NGOs of systematic human rights violations, including alleged abusive working conditions in countries where the rule of law is weak and legal protection of workers does not comply with international norms. The workers and rightsholders were mostly in downstream and often nearly invisible tiers of the supply chain, and suffered what was described by some NGOs as abhorrent working conditions. In some cases, there were allegations the victims were even subjected to practices equivalent to modern slavery and bondage labor.

Mediation was utilized to resolve the disputes, because a clear, short-term legal solution was hindered or prevented by multiple contractual, legal, and enforcement issues. A toxic climate had also developed among the parties, who had lost trust in each other’s abilities to resolve the conflict. The fact patterns were very intricate and complicated with multiple overlapping and contradictory stories. I set out to listen to all the parties in a neutral and objective manner, while expressing some empathy to those who had suffered the alleged harm. The challenge during the first phase of my mandate was to create a “safe space” to listen to all parties, bringing them together as I introduced them to the mediation process. My caucus-based approach created a “safe space” for parties to tell their stories while feeling they were being listened to.

This complex mediation involved many parties, including international corporate law firms representing various business interests which were not necessarily aligned. Several corporations were involved in this dispute, both locally and from the head office. They each had a lawyer or two at the table. The alleged victims and rightsholders (several hundred) could not afford legal representation, and were represented collectively by NGOs (both local and international) with some specific and recognized expertise in the issues at stake. Some individual workers, amongst the most vocal and skilled to tell their story, were selected and brought to the mediation table. The NGOs were instrumental in this process, and played an equal role to that of the law firms. I cannot name the parties or give more elements that would jeopardize the protection of their legal right to confidentiality.

I consider it primordial to ensuring a successful mediation to establish the right process, especially when there are multiple stakeholders in a multi-jurisdictional dispute(s). A fully balanced and inclusive process is essential to bringing all the parties and their representatives to the table to engage in a constructive dialogue if I want to achieve a consensus. A major part of the process is getting to know the people who are assembled around the table, both before and during the mediation. Once you have taken the time to understand each party’s perspective, you will better understand how to reach out to each of them and engage more fruitfully with them.

As an example, some of the younger lawyers were very apprehensive that they would be trapped into accepting solutions that would make them look bad or weak with the senior partners in their law firm. They tended to confuse the mediation process with that of a pre-trial settlement and had a confrontational and adversarial approach. When I understood their fears and worries through attentive listening, I was able to reassure them that they would not be forced into any settlement and would only come to solutions that were equally satisfactory to all.

Reminder of the Rules and Mediation Process

As I always do, I started this mediation by reviewing the process and the rules with all parties’ representatives to this case. In my opening remarks, this is the idea I expressed: “You have chosen mediation because, in complex cases such as this one, it can provide a much speedier and more economical solution than litigation in a court of law, which could take years to resolve the conflict, if at all. There is no winner take all in a mediation. It has to be a win-win for all.”

As a mediator, I explained that I was chosen by free agreement of all the parties. My primary role was to listen to all respective stories, complaints, and ideas or proposed solutions, in order to work at helping each reach some form of solution or settlement to the dispute(s). I stressed that I was there to assist and support the parties, and that I could not impose a settlement, since I was not empowered to act as a judge or an arbitrator, not being invested with such authority in the context of a mediation. It is the parties to the dispute who might reach an agreement who will decide freely and without any pressure or duress if and on what terms they would agree. I would ensure that their consent to any agreement would be informed and free. I would make sure the parties were given the time, necessary information, and space to make their final decision(s).

Information was also given to the effect that any agreement reached also had to respect the law and the principles of public order. I reminded the parties that I was bound by a code of professional conduct to ensure my neutrality and protect the confidentiality of our discussions and of any written evidence that was introduced and shared with me. Again, my role was to listen, facilitate discussion, and help explore various options leading to agreement(s) or solution(s). The parties had to agree of their own free will with no pressure from me, the mediator. This mediation helped ease some of the tensions underlying the conflict by facilitating open discussions and ensuring that everyone understood that nothing would be imposed upon them. We were going to look at all issues with different lenses, away from the adversarial scope of litigation and pre-litigation settlement. Rather, in the arena of mediation, people came together to explore and search for creative solutions. This phase also enabled me to learn extensively about the fact patterns and also capture the personality of each party and their representatives.

As the mediation proceeded, I became involved in helping the parties to engage proactively and conceive creative solutions. We subsequently analyzed and reviewed options so as to move towards a satisfactory resolution. I reiterated that no one was under any pressure to accept any solutions, and reminded them that whichever path they opted to take did not preclude their rights to legal recourses down the road, if such was still their intent. Agreeing to the terms of a mediation did not equate to waiving their rights.  In this instance, the mediation was a success. I felt the parties had integrated the process that I had taken careful time to set up. Trust was well-established and a constructive and multilateral dialogue took place, which led to a resolution that all were satisfied with.

We succeeded in obtaining a private acknowledgement of the grievance and harm suffered by the workers, followed by private apologies by the corporations involved in the conflict, together with a system designed to provide effective and adequate remedy including sufficient financial compensation to make sure all employees felt less harmed as well as confident they had been heard and finally respected. Furthermore, the corporations at the heart of the conflict also agreed to set up training programs to ensure that plant managers developed more sensitivity to workers’ issues, including women’s issues, and understood the role they could play in putting an end to bad practices and avoiding recidivism. A whistle blower protection system was also created to prevent recurrence of the bad practices. Better working conditions, including better wages and sick leave, were negotiated and offered to the workers.

This mediation was considered a win-win by all parties, who felt most of their grievances had been addressed and met with practical solutions and adequate compensation. The corporations were also able to avoid permanent damage to their reputations and costly and lengthy litigations with no certainty as to the outcome. The corporate actors never had to make admissions relative to their potential legal liability, but agreed to issue private apologies. The various stakeholders felt they had been heard and respected, and came to a fair resolution in a swift and efficient manner. The court process is often perceived as unfair, given the inequality of arms between the parties, and often deemed to be lacking in transparency, and opaque as to the outcome.